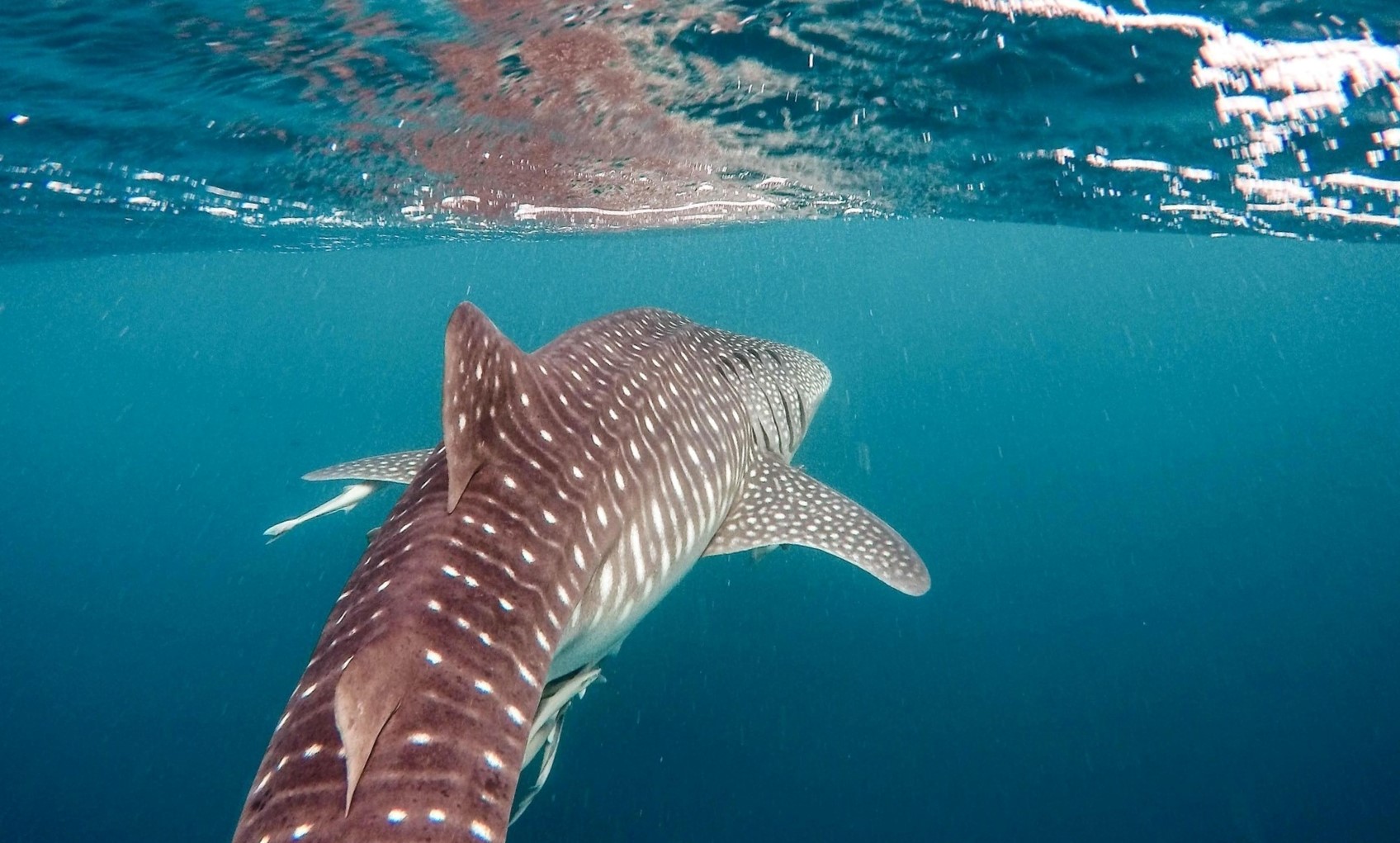 Ningaloo Reef is home to over 500 species of small and giant marine creatures, with sea turtles, humpback whales, dugongs, dolphins, tropical fish and the gentle giant Whale shark as well as 200 species of corals. It’s a real underwater paradise for scuba divers wanting to have a close encounter with some of the most amazing marine life collections in the world.

Ningaloo is one of the most unique places in the world which is worth visiting at any time of the year. However, if you’re wishing to see the gigantic marine creatures, especially the whale shark, choose the month of March to June. There is no public bus that operates on the roads of west coast Australia, but you can hire a car or arrange transport with your accommodation to visit Ningaloo. For less hassle, you can fly it by plane landing at Learmonth airport then ride a charter bus that will bring you to Ningaloo.

The beauty of the Ningaloo reef is just a step away from the shore, but if you want to enjoy your Ningaloo Reef diving experience, we recommend Shore Thing Catamaran. It’s a vessel offering excellent facilities and cozy accommodations for a maximum of 10 guests as they access many breathtaking shallow inner reef lagoons of the Ningaloo Reef.

Looking for a Go Pro?

Recommended: Film and camera equipment to record your legendary dives!

Also consider to apply red filters on your GoPro in order to have more balanced underwater shots. 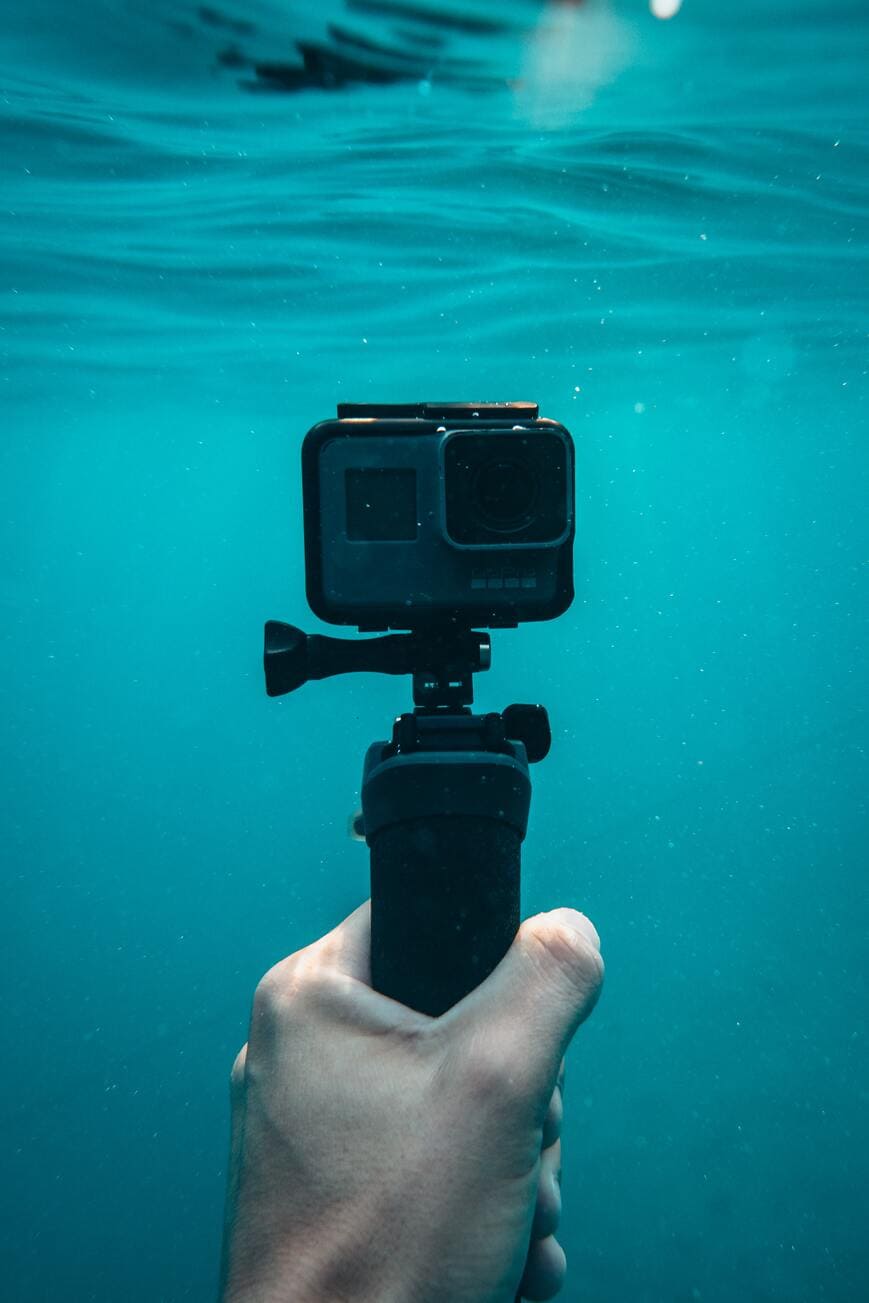 Use of a spotter plane, guided dives
Check availabilty and prices
Check the latest reviews
No items found.

Exmouth Dive & Whalesharks Ningaloo is a 5 star PADI Instructor Development Centre that offers a bunch of services like scuba diving gear rental and repairs, PADI courses (including specialty courses and the IDC), snorkeling and scuba diving tours and the humpback whale tours.

This diving center has great facilities such as their own (diving) boats and the possibility to provide Nitrox.

They currently offer the biggest number of comprehensive dive tours across multiple dive sites that give participants the chance to explore the incredible underwater landscape of Muiron Islands and Ningaloo Reef. Their full-day scuba diving tour starts at AUD 225 while their humpback and whale shark tours cost approximately AUD 300 - 400.

Exmouth Dive & Whalesharks Ningaloo offers a comprehensive range of dive courses and certifications to guests of all abilities whether you are a first-time scuba diver or experienced diver aiming for master diver qualification. The PADI Open Water course costs AUD 695 and the Advanced course costs AUD 595.

They also have two boats which they use for the whale shark and scuba diving tours. Dive Ningaloo also offers scuba diving courses.

Ranging from AUD 250- AUD 350, you can book a diving day tour (2 dives) at Muiron island, navy pier and Ningaloo Reef including all gear, lunch, snacks and drinks. Ningaloo Dive also offers overnight trips. This trip costs AUD 520 and includes all equipment and food.

Dive Ningaloo is a PADI dive school that offers both PADI beginner and advanced courses. The refresher courses are held in swimming pools reviewing students who have not been diving for a long period. This course costs approximately AUD 90.

Ningaloo Reef Dive is a PADI dive center and is located in Coral Bay. A perfect option if you are not located in Exmouth and you would like to explore the more southern part of the Ningaloo Reef.

They offer scuba diving full-day and half-day tours. You can also join one of these tours if you just want to explore the Ningaloo Reef by snorkeling. The prices are including scuba gear, guided dives (this is not standard in Australia) and the use of a spotter plane which will search for manta rays.

Ningaloo Reef Dive offers the PADI Open Water course for AUD 695 which is a reasonable price. The PADI Advanced Open Water is offered for AUD 575. You also have the possibility to book the Rescue or Divemaster course.

Ningaloo Reef is the world’s largest fringing reef that can be accessed by divers through local operators. However, if you wish to make your experience a more luxurious way, this liveaboard can make it possible for you.

This liveaboard ensures that your experience at Ningaloo Reef will be legendary. The Shore Thing Catamaran offers great facilities and cozy accommodations for a maximum of 10 guests. The great thing about this catamaran is that you can reach the shallow dive sites of the Ningaloo Reef. As a result, you will dive on sites which are untouched and not reachable by the day tours.

Accommodation choices are offered to suit the guests’ budget. There are four cabins available; 2 staterooms with private en-suite facilities and 2 deluxe cabins with shared facilities. Moreover, it is also equipped with hammocks so you can relax and enjoy the stunning view of the Ningaloo Reef. Due to the size of the catamaran, the dive facilities (e.g. dive deck) are limited compared with other liveaboards.

Price: The price starts at AUD 500 per day. You can check the availability and prices of the Shore Thing Catamaran here.

Below, we have outlined the best five dive sites on the Ningaloo Reef. Get ready to encounter Manta Rays or the biggest shark in the world: The Whale Shark!

Tip for snorkeling at Ningaloo Reef (free): If you are in for only snorkeling, we recommend to visit Coral Bay. You can walk straight into the sea from the beach with your snorkeling gear. Park your car at Robinson St., walk down to Bill’s Bay and jump right into the sea.

Bundegi Reef is a popular dive and snorkel site and is located in front of Bundegi Coastal Park, north of Exmouth. Bundegi Reef can be reached by boat (e.g. a scuba diving day tour) or by kayaking (it’s between 3-4 km from shore). This reef has two kayak moorings which can be used to secure the kayaks. For safety reasons, we recommend to ask the locals about renting kayaks and visit this reef by kayaking.

Bundegi Reef is considered by the local operators as one of the underrated dive sites of Exmouth but it is deemed as a productive hotspot and of the highest coral recruitment rate by the coral reef scientists.

Diving in this area is shallow and needs to be timed for slack tide. Divers can come across a variety of fish and marine animals at every level including coral trout, reef sharks, Spanish flag, sweetlips, and turtles. Manta rays may also appear in the area. Bundegi Reefs offers a wide endless species of nudibranchs, triton shells, flatworms, sponge crabs, and other critters.

Lighthouse Bay is one of the best diving sites in the northern part of Ningaloo Reef. This dive site is located at the north side of Cape Range National Park and can be reached by boat within 30 minutes. Lighthouse bay is a shallow dive site, with an depth between 8-16 meters which is a perfect dive site for.

This area has numerous must-see dive sites such as ‘Blizzard Ridge’, the Labyrinth, Gulliver’s, Eldorado and the Fish Hole. These are underwater rock formations that act as sea life magnets attracting a variety of sea creatures of all sizes. Expect breathtaking scenes of sea snakes, nudibranchs, sea turtles, manta rays, and sharks while diving on these spots. If you are lucky, you will find a leopard shark or a dugong.

Muiron Island is one of the most beautiful and most popular dive sites located in the Exmouth area. The place is approximately 15 kilometers off the North West Cape and it takes a 50 minutes boat ride along with the unpredicted water current that may give you seasickness. The average depth of the dive sites at Muiron Island is 20 meters. There are currents around Muiron Island, but these are in general gently currents.

However, once you reach this place you will experience the worth of your harsh ride. Here are some popular dive spots on Muiron island:

Due to the tidal movements, the visibility in this dive site is peculiarly poor ranging from 3m - 10m, and the strong currents can be experienced around the area that made diving possible only during slack tide; currents may be tough for the divers, but a peculiar opportunity for marine life to prosper.

Navy Pier is a photographer's dream for its fascinating picturesque of a huge variety of sea creatures to include the wobbegong sharks and white tip sharks; sea snakes wavering through the corals, frogfish, trevally, and lionfish.

Note for diving at Navy Pier: This Pier can be used by Australian Navy ships. Therefore, the Pier can only be accessed by a licensed tour operator. At the moment of writing, only Dive Ningaloo holds a license.

Asho’s Gap, located in the area of Coral Bay, is known about the variety of hard corals. This dive site is named after the explorer, a Coral Bay skipper. As the name suggests, this dive site also has a ‘’gap’’ where divers can swim through. This area is still part of the Ningaloo Reef, although this area is located on the southern side of the reef.

After staying in the shallow parts of the reef and passing through the gap, the dive site will drop to the depth of 10-12 meters. This dive site lets you explore a garden table of cabbage coral, which serves as a cleaning station for different marine animals like turtles, reef sharks, mantas, and groupers. Aside from these, you can also encounter big marine animals like large stingrays, eagle rays, nurse sharks and wobbegong.

Tip for the encountering the big marine life: Find a nice and safe place in the sand for your knees and watch the cleaning process of the sharks and other animals.

How to get to Ningaloo Reef

Option 1: By plane to Learmonth Airport

Whether you're coming from an international location or within Australia, the fastest way to reach Ningaloo Reef is by flying to Learmonth Airport first, about 36 kilometers south of Exmouth. From there, you can ride a private bus to bring you to Exmouth. Another option is to hire a private car that will drive you from Learmonth to Exmouth.

No public buses are passing the roads of Western Australia. But if you’re coming from cities like Perth, Broome or Albany; a good and more cheaper option is to rent a car and take a long ride to Exmouth or Coral Bay. You’ll be able to enjoy the scenery of Western Australia.

Below, we have included our top three accommodations for staying near the Ningaloo Reef.

Exmouth Escape Resort is a perfect location if you would like to stay close to the city centre and the Marina. It is located 1.6km from the town center and within walking distance to Town Beach and the Exmouth Marina. They offer spacious and air-conditioned apartments and villas fully equipped with a kitchen, laundry facilities, and a BBQ area. In addition, they also have a tour desk, a large outdoor swimming pool and a boat parking area. Wi-Fi access is also available in the reception area.

Prices: An apartment with one bedroom (queen size bed) and one living room for a night costs approximately AUD 200.

A great option if you are travelling by a motor home or car! The holiday park is located at the gateway of Ningaloo Reef and is a 10-minute walk to local shops and dining options.

Prices: Depending on your needs, prices and availability can be checked here.

If you are looking for a luxurious and hotspot for Marina ocean views, Mantarays Ningaloo Beach Resort has it all. Aside from the stunning scenery of the sunrise beach, it offers an infinity pool, restaurant and a bar.

Prices: Starts at AUD 340. Prices and availability can be checked here. 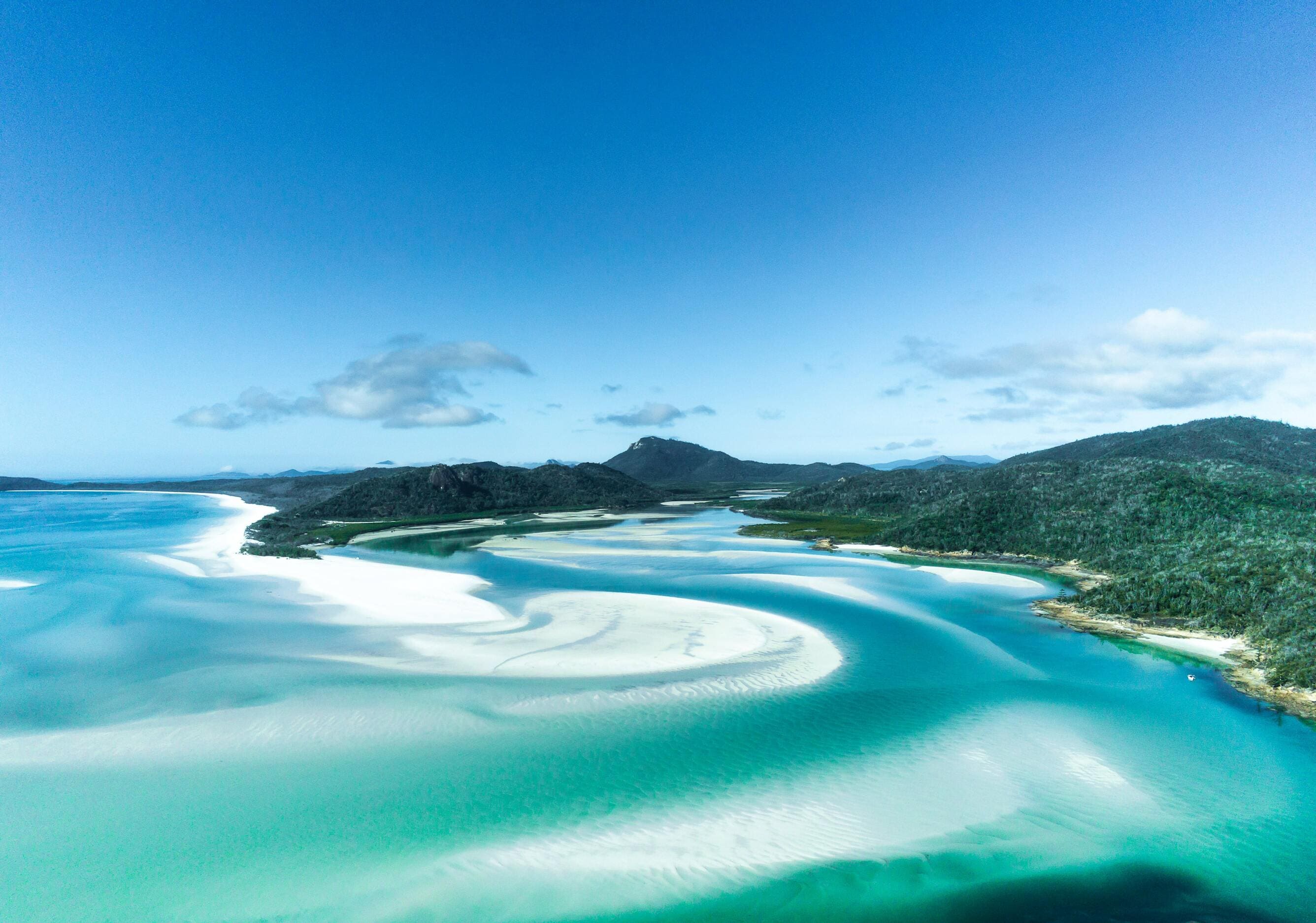 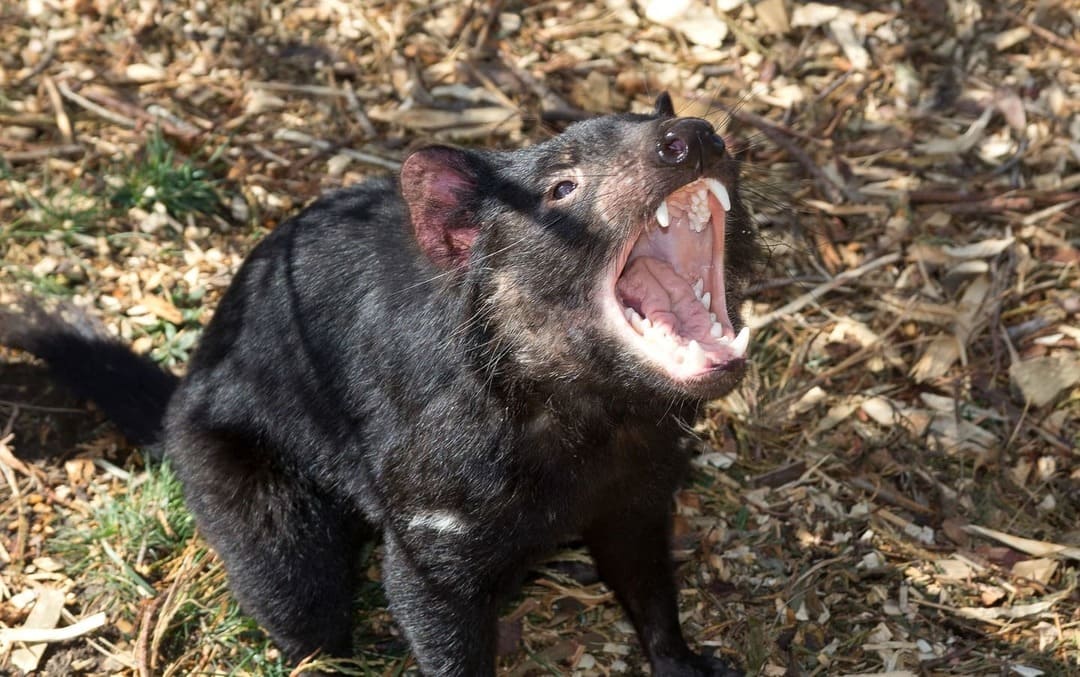 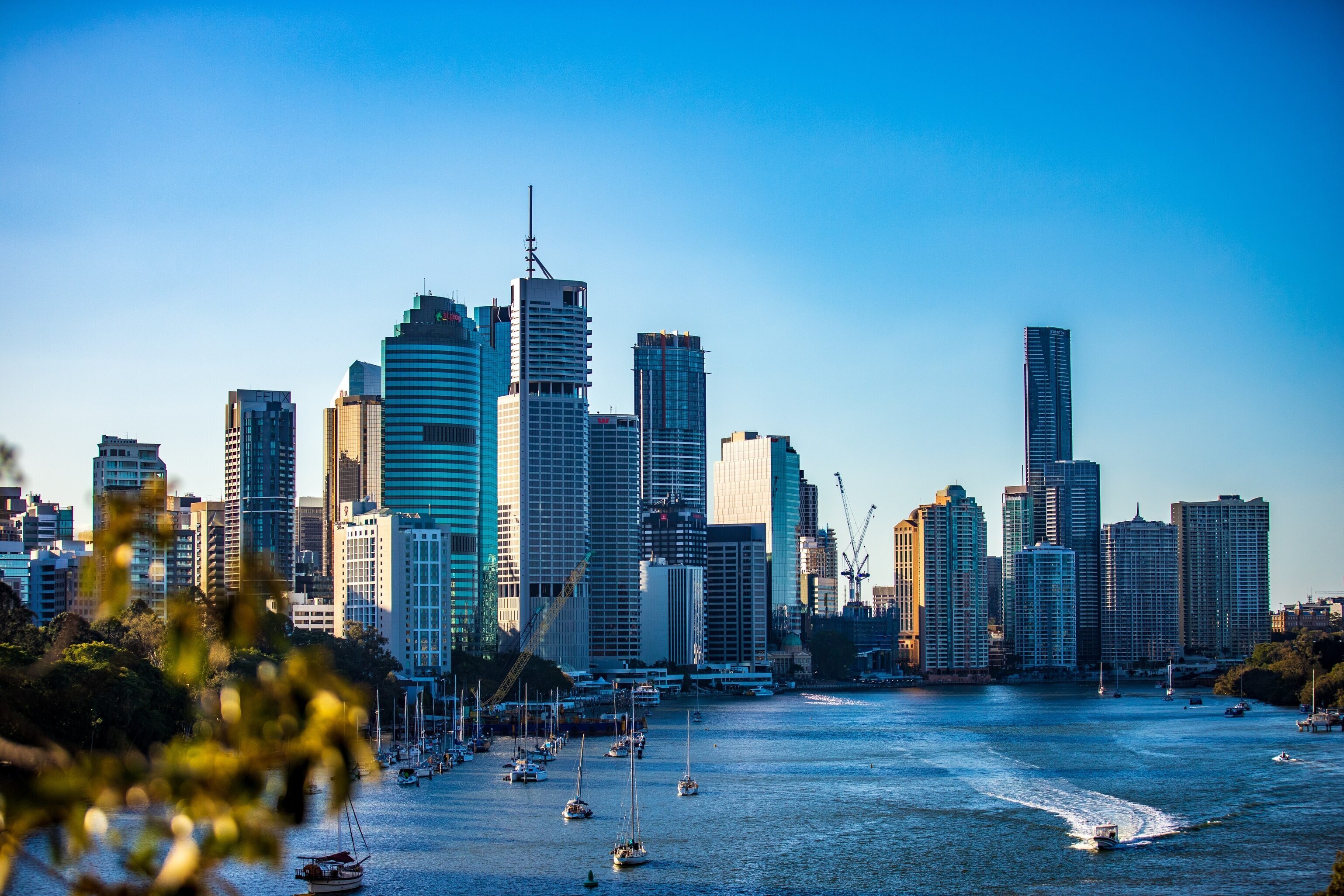